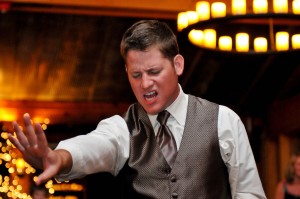 The Craig Poythress Foundation was started and founded by Terry and Carol Poythress in loving memory of their beloved son, Craig. He was diagnosed in October, 2010 with an Anaplastic Astrocytoma Brain Tumor. After a long hard 39 month battle the tumor took his life on January 2nd, 2014. During his struggle, Craig became passionate and determined to help raise money and donate it to The Preston Robert Tisch Brain Tumor Center at Duke Medical Center, in Durham NC. 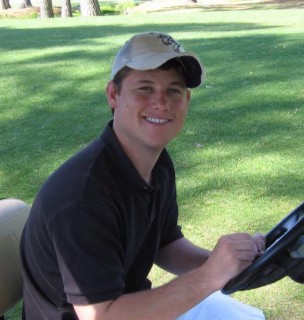 Craig was committed to beat his disease and did so, with never letting up in his daily life. He approached his fight with determination and never expected anything but a positive outcome. He never asked why me or showed any bitterness during his battle.

Our foundation is a charitable organization, with 100% of contributions used to help find a cure for this deadly disease or to help other less fortunate families with the burden this sickness financially creates. All of the contributions made from our foundation are given to organizations or families with 100% of the money being used only for the cure of cancer or to support the well being of families in need. We specifically target The Preston Robert Tisch Brain Tumor Center with most of the funds.

Throughout the year The Craig Poythress Foundation will host fundraising events so that we may continue our mission of providing help to find a cure for this deadly desease. Our foundation is very grateful to everyone who has supported our mission. Events include annually golf tournaments, a 5K run at Duke for Angels Among us and Silent Auctions. Other events are also scheduled throughout the year.

We want to thank everyone for coming to our site, and we hope we can continue to make a difference to all families who need our and your support to find a cure.

raig Poythress was a gift to everyone who knew him. He was incredibly full of life, loved to laugh, joke, and have fun with his family and friends. Whether enjoying sports, dancing the night away, or just enjoying time with others, Craig’s zest for life was evident and as infectious as his endearing smile.

Following his graduation from NC State University, Craig began working for his father, at a family business with dreams of taking it over upon his father’s retirement. While working diligently to learn every aspect of his new career, he met, fell in love and got married. He skillfully managed to balance his work and home life, even finding time to meet every week with his friends for Bible study.

Only eight short weeks into his new married life, Craig suffered a seizure and was rushed, by ambulance, to the hospital. An MRI was ordered and a large mass was found in his brain. He was immediately transferred to Duke Hospital where he was diagnosed with an anaplastic astrocytoma brain tumor. Though his condition was serious, the doctors were very encouraging and optimistic—they never gave him a prognosis. November 15, 2010, Craig underwent delicate surgery performed by the skillful hand of Dr. Alan Friedman. The doctor viewed the operation as a success, and although he could not be certain that the entire mass was removed, he was confident that the heart of the tumor had been. Craig would then endure six weeks of radiation and one year of chemotherapy.

Throughout his hardships Craig, never bitter of his circumstances, remained ever optimistic and amazingly strong, never wanting anyone to worry. He became an advocate for the disease, each year looking forward to running in the Angels Among Us 5K. He designed a team logo for his team’s shirts and was surprised when he was awarded a cash prize, that he gave back to Angels Among Us, for his unique design. Getting to the finish line was not always easy, but just like in his fight for life, Craig never gave up.

It was four months into his remission, March 2012, when Craig’s father noticed that he walking a bit off balance and, as a precaution, requested the doctors perform an MRI. Another tumor, this time located in his cerebellum, was discovered. Due to its location, operating was not an option this time around.

Most people facing a similar situation would feel overwhelmed with grief, self-pity, and depression, but not Craig. He spoke of this as a small “hiccup” that he would overcome. Just as before, he never wanted an ounce of pity, never asked, “why me?” He even told his father that he was glad that he had the tumor, if that meant that someone else would not have to suffer through it. He continued on, trying to make his life as normal as possible, never even missed a day of work.

Following his new diagnosis, in the fall of 2012, Craig endured an emergency surgery to have a shunt placed in his brain to alleviate swelling. He improved greatly after the surgery and again returned to “normal” life, all while undergoing another year of radiation and chemotherapy.

A blessing in his life, early on March 2013, he and his wife welcomed a healthy baby boy into their lives. Craig could not be more thrilled as he had always wanted to be a father.

After another year of treatment, doctors realized that Craig’s tumor had stopped responding to the treatments and instead was progressing. They changed his chemotherapy, but, despite their efforts, his health began to drastically decline. He suddenly could no longer do basic tasks he once took for granted. It was a struggle to walk, to drive, to dress himself, but Craig was stubborn and insisted on doing as much as he could on his own. He refused to use the assistance of a wheelchair when going to his appointments—he was a fighter through and through.

Over time, Craig began to weaken further despite the many steroids and other mediations prescribed to him. He did finally have to succumb to using a wheelchair to get around, but his spirit and hope never dampened. His friends and family could not have been more supportive or loving. His family was especially dedicated to helping Craig in every aspect of his daily life; they assisted him in showering, dressing, and feeding, but it was their constant love and comfort that truly helped Craig to maintain his fight. His friends took turns spending the night with him to comfort him with love and support.

Unfortunately, all of this love and support was not enough to win Craig’s battle. On his final visit to Duke Hospital, he was met with disappointing news. Despite his brave fight, he was no longer improving. On January 2, 2014, surrounded by those he loved most, Craig went to heaven to be with the Lord.

Craig was a true blessing, a gift of life so precious. He shared and expressed his love through laughter, tears, kindness, and patience. Those who had the privilege of knowing him can account for that.

Throughout his battle Craig was never bitter, but remained optimistic and steadfast in his commitment to beat this disease. He became an advocate for supporting brain cancer research where each year he would run in the Angels Among Us 5K. 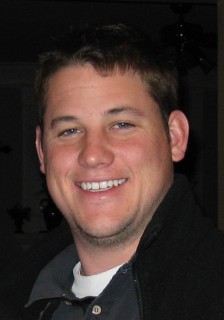 In honor of his memory and 39 month journey, we have garnered a foundation in his name with proceeds to be donated, annually, to Angels Among Us. The foundation is centered around a golf tournament each fall. We hope to raise money to find a cure for brain tumors and brain cancer so that others do not have to suffer this devastating and horrible disease. Funds raised will also benefit those less fortunate who need assistance with medication, wheelchairs, and other provisions to help give them a fighting chance.

We ask that you please find it in your heart to honor Craig and carry on his legacy through your generous donations. 100% of all donations are given for the research and outreach to help others.